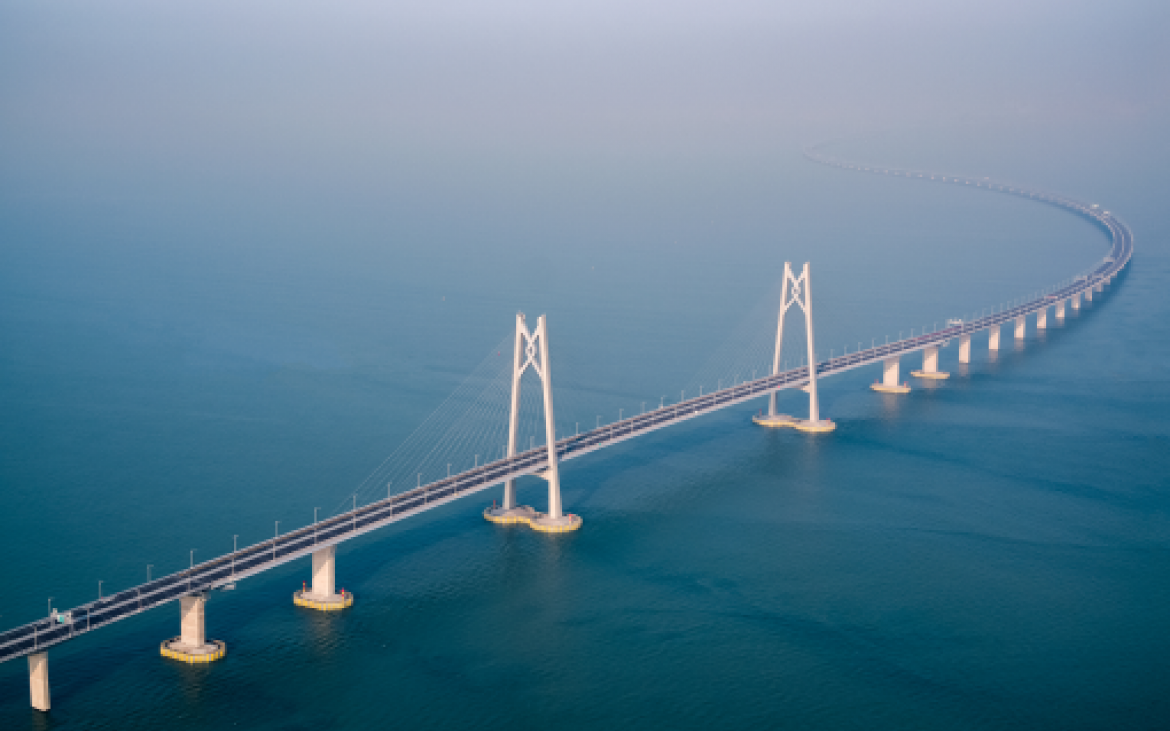 The cross-sea bridge project is the milestone in the China's construction history with the longest length, the most investment and the maximum construction difficulty.

The Hong Kong-Zhuhai-Macao Bridge spans the ocean, connects Hong Kong to the east, and connects Zhuhai and Macau to the west. It has a total length of about 55 kilometers. It is the first large-scale cross-sea traffic project jointly built by Guangdong, Hong Kong and Macao. It is like a Chinese dragon, flying above the blue sea.Currently, it is the longest sea-crossing bridge in the world, with the world's longest submarine immersed tunnel. In 2015, the British “Guardian” selected “The Seven Wonders of the Modern World” from the buildings that are about to be completed in the world. The Hong Kong-Zhuhai-Macao Bridge is one of them.